Who Is the Richest Person Ever?

0
0
Surely in our modern world, where technology enables the creation and consolidation of truly incomprehensible wealth, we are living among the richest individuals in history. As it turns out, we are not. The world’s wealthiest individuals lived in earlier times, in eras in which pure wealth was harder to measure.

From Genghis Khan to J.P. Morgan

Estimating wealth in bygone eras is difficult because what it means to be wealthy varies widely from epoch to epoch. How do you value the landholdings of Persian emperors? Does multiplying the weight in ounces of Genghis Khan’s hoard by $1,754.85 (the most recent price of gold per ounce as of April 2021) really tell you what his wealth was worth at the time?

In economies where there was no such thing as a true currency, taxes were levied in grain, and literacy might as well have been rocket science, slapping dollar amounts on things is an exercise in wild speculation.

But that doesn’t make it any less fun. Take Marcus Licinius Crassus, who had an estimated net worth of 170 million sesterces.5 The original value investor, he bought whole swaths of Rome when they were on fire and only sent his army of enslaved builders and architects to put out the flames if the owners paid up. When Spartacus led a rebellion in 73 B.C., Crassus personally fielded two legions.6 Legend has it that he died when molten gold was poured into his mouth, symbolizing his thirst for riches.

We don’t have to go back to antiquity to find people with truly unsettling wealth, however. John D. Rockefeller had anywhere from $300 billion to $400 billion, depending on the estimate. J.P. Morgan was the U.S. lender of last resort before the Federal Reserve was established, stabilizing the economy through a massive loan to the government following the Panic of 1893.

But rather than trying to measure wealth in absolute terms, maybe it’s best to look at who, in their own time and place, was so rich that they personally defined the value of money. In all of history, there are two people who controlled so much wealth relative to everyone else that spending it (voluntarily or not) could send the economy of the known world into a tailspin.

In 1324, Mansa (meaning Emperor) Musa of the Malian Empire went on hajj, the Muslim pilgrimage to Mecca. His entourage consisted of around 60,000 people and a quantity of gold that sent ripples throughout the entire Mediterranean world. He showered the cities he visited with gold, giving it away to the poor and, according to one account, building a new mosque every Friday. He spent especially lavishly in Cairo and Medina, and the sudden influx of money sent prices for everyday goods soaring.

Realizing that he had personally caused a wave of hyperinflation that plagued an entire region, he personally embarked on a quantitative easing program, snapping up all of Cairo’s gold on loan at a high rate of interest. He was a one-man macroeconomic cycle.

But what about the Americas? In 1532, a brutal war of succession between half-brothers Atahualpa and Huáscar was just coming to an end, and the Incan Empire was beginning the process of recovery. When dealing with the Incan Empire, issues of economic context are especially hairy. It is the only complex, large-scale civilization ever to develop without any semblance of a market. There was no notion of money at all.

Rather, the entire state was organized as a kind of family unit, with the Inca (the Emperor) controlling everything: food, clothing, luxury goods, houses, and people. As a man, you served the emperor as a farmer, laborer, craftsman, or soldier. In exchange, you were provided with everything you needed to survive.

When Spanish conquistadors ambushed Atahualpa at Cajamarca and took him prisoner, he was able to muster a ransom like no other, filling a large room with gold. His power was so unquestioned that he could have whole temples stripped of gold, and he did. There was nothing in the empire he did not, in theory, own.

Though the figure is largely meaningless in context, the ransom he paid would be worth approximately $1.5 billion today. The Spanish killed him anyway and gutted his empire, but the billions of dollars worth of gold and silver that flooded Europe after 1500 caused high inflation and a prolonged economic slump. Much of the vast sums of gold that sank Europe’s economy in the 16th century came from Atahualpa.

If you’re blown away by the idea that fewer than 100 people control as much wealth as half the world today, imagine how concentrated money used to be. Even if Bill Gates took the most extravagant vacation he could fathom, he probably couldn’t cause a regional currency crisis. If somebody were to kidnap any billionaire, would any ransom they could demand send a continent into recession? 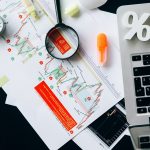 What to Watch in 2022NEWS AND INSIGHT

No, the US doesn’t have $30 trillion in debt.NEWS AND INSIGHT
Open chat
Contact us
Need help?