With the markets and the economy seeing continued effects from the COVID-19 pandemic, many investors are likely turning their attention toward the next calendar year. The following trends and concerns could shape the investment landscape in 2022.

The price of crude oil, as measured by West Texas Intermediate (WTI), surged by about 79% from start of 2021 to early November from roughly $47 per barrel to about $84. Since then, the price has declined to around $70 by Dec. 15, 2021, trimming the year-to-date rise to about 49%.1 The increase can be attributed partly to the economic recovery from the pandemic and partly to growing supply restrictions, as the Biden administration implements an anti-oil agenda that limits oil exploration and production in the U.S., a trend that is likely to continue into 2022.

Inflation has been rising, with the all items version of the Consumer Price Index for All Urban Consumers (CPI-U) recording a 6.8% increase during the 12 months through November 2021. This was the largest 12-month increase since the 12-month period ending in June 1982.2 Gold reached a recent peak of about $1,950 per troy ounce in January 2021 but has traded in a range roughly around $1,800 since mid-2021.3 Expectations of future inflation rates are likely to drive fluctuations in the price of gold in 2022.

Used cars have been a hot market, partly due to supply bottlenecks for semiconductor chips that have been limiting the production of new cars. Record high prices for both new and used cars, as well as for rental cars, are likely to persist into 2023.

The service sector—particularly travel, tourism, and hospitality—has had especially long-lasting negative impacts from COVID-19. It remains unclear whether a strong turnaround can be expected in 2022.

New home sales have been surging, even as the median price hit a new record high of $407,700 in October 2021, up by 17.5% from the same month in 2020.5 According to a research note, “A combination of lower rates, easier lending standards and, perhaps, a renewed bout of COVID fear in cities, has driven the turnaround.” How long these trends persist in the remainder of 2021 and into 2022 remains to be seen.

The U.S. Securities and Exchange Commission (SEC) has been considering a full ban on the payment for order flow (PFOF), as SEC Chairman Gary Gensler sees “an inherent conflict of interest.” PFOF became a hot topic in 2021 mainly in relation to Robinhood Markets, Inc. (HOOD). If the SEC restricts the practice in 2022, this will upend the business models of brokerage firms such as Robinhood and perhaps dampen the recent surge in active trading and speculation by retail investors.

Federal Reserve Board (FRB) Chair Jerome Powell announced on Dec. 15, 2021 that the Federal Open Market Committee (FOMC) has decided to accelerate its tapering of net new purchases of bonds, in response to a strengthening economy and rising inflation. These purchases had been $120 billion per month, but are now being reduced to zero by March 2022.

Powell has insisted that, despite tapering, the Fed’s stance will remain “accommodative,” still seeking to keep interest rates near zero. Indeed, even after tapering, the Fed will continue to have a bond portfolio worth around $8.5 trillion, about twice its pre-pandemic value and nearly ten times its value in mid-2007. As a result, the reaction of the stock and bond markets has been muted so far.

The Federal Reserve System has been exploring policy responses to the rise of cryptocurrencies and digital currencies. Federal Reserve Chair Jerome Powell has acknowledged publicly that the Fed is actively assessing whether it should create a central bank digital currency (CBDC). Before making that step, the Fed will seek the views of many key constituencies. “It is important to do it right, rather than fast,” Fed Chair Powell has stated, emphasizing that such an initiative would only be undertaken with broad support from both the Congress and the Executive Branch of the federal government.

The Biden administration reportedly has assembled the most aggressive antitrust team in decades, with likely targets ranging from the technology industry to pharmaceuticals, agriculture, health care, and finance, among others. Biden also has issued an executive order encompassing 72 initiatives intended to increase competition in a number of industries, raise the scrutiny of mergers, and limit the ability of employers to force employees to sign non-compete agreements. Even before Biden took office, the world’s largest company by market capitalization, Apple Inc. (AAPL), indicated publicly that potential antitrust action has become a major business risk.

With federal spending and federal budget deficits still near all-time highs and the Biden administration pushing for the passage of costly infrastructure bills, the federal debt ceiling has become a renewed matter of contention In Congress. A possible federal government shutdown and default was averted temporarily in October 2021. Another temporary funding measure was passed on Dec. 2, 2021, staving off a shutdown that loomed on Dec. 3, but leaving open the possibility of a default on or about Dec. 15, should the debt ceiling not be raised.

On Dec. 16, 2021, President Biden signed a bill into law that increases the debt ceiling by $2.5 trillion, which is expected to postpone a possible default to early 2023.17 These issues are bound to be major topics of political contention in 2022, a year in which the entire House of Representatives and one-third of the Senate are up for election, creating ongoing uncertainties for the markets and the economy.

President Biden’s “Roadmap to Build a Climate-Resilient Economy” is a sweeping executive order that includes a broad-based set of initiatives regarding climate change, involving many federal agencies and departments. Federal budgetary processes and procurement standards are affected, as well as disclosures by public companies, investment criteria, and lending standards. Issued on Oct. 14, 2021, its impacts are likely to be felt increasingly as 2022 progresses.

Student debt in the U.S., which now exceeds $1.7 trillion, has become a growing political issue. During his campaign, President Biden supported canceling up to $10,000 in student debt for all borrowers, and some proponents of student debt forgiveness argue that he has the legal authority to cancel all federally owned student debt. Meanwhile, opponents of a general cancelation argue that the main beneficiaries would be borrowers in high-paying professions. Additionally, cancelation would enable, rather than rein in, a continued upward spiral in the cost of higher education.

On Feb. 5, 2022, the four-year term of Jerome H. Powell as chair of the Federal Reserve Board (FRB) will expire, though his term as a member of the FRB extends until Jan. 31, 2028.20 On Nov. 22, 2021, the White House announced that President Biden will renominate Powell for another four-year term as Fed chair, ending speculation that current FRB governor Lael Brainard might be his pick. Instead, Biden has chosen Brainard for the open seat of vice chair. Both nominations are subject to approval by the U.S. Senate.

Meanwhile, FRB member Randal K. Quarles has announced that, although his term extends until Jan. 31, 2032, he will resign before the end of 2021. As a result of renominating Powell, President Biden now may be able to fill as many as three seats on the seven-member FRB by the early part of 2022, giving him a key opportunity to change the direction of monetary policy and financial regulation.

Rohit Chopra enters 2022 as the new director of the Consumer Financial Protection Bureau (CFPB), narrowly confirmed by U.S. Senate on Sept. 30, 2021, in a 50-48 party-line vote (Democrats in favor, Republicans opposed) to a five-year term. Chopra indicates that his top priorities will include mitigating the financial impacts of the pandemic (including foreclosures and evictions), privacy issues, and the way banks use algorithms in lending decisions.

As the economy recovers from the pandemic, labor markets have been tight, with many open positions going unfilled, partly due to “the great resignation” of workers from the workforce. Additionally, both support for unions and strikes for better pay and working conditions have been on the rise.25 Whether these trends persist into 2022 will have critical impacts on labor costs, supply bottlenecks, and inflation.

COVID-19 vaccine mandates at the federal, state, and local levels are becoming not only a growing civil liberties issue, but also a significant factor leading to unfilled jobs in many sectors of the economy, especially in customer-facing positions in the service sector and in government.2627 This is likely to remain a large issue well into 2022.

The Organization for Economic Cooperation and Development (OECD) announced on Oct. 8, 2021, that—effective in 2023—its members have agreed to set a global corporate minimum tax rate of 15%. Key details have yet to be fleshed out, however. In 2022, announcements of these details should be forthcoming, and the impacts on the domicile choices of multinational corporations should start coming to light. 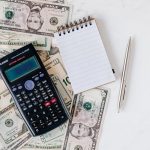 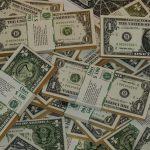 Who Is the Richest Person Ever?NEWS AND INSIGHT
Open chat
Contact us
Need help?