What the chip shortage means for the US economy

The global computer chip shortage could have larger ramifications than making it harder to buy the latest video game console or more expensive to buy a car. According to a new Goldman Sachs (GS) note, the slowdown in chip availability could in theory smack U.S. GDP by as much as 1% in 2021.

In a research note led by Goldman’s Spencer Hill, an analysis looked at the economy-wide effects of the shortage by assuming a 20% chip shortfall that lasts three quarters and affects the 169 U.S. industries that use semiconductors in their products.

“Some computer chips have no available substitute, and if output of every product that uses chips were to decline proportionately, the drag on 2021 GDP would be around 1%,” the note said, while noting that in reality the drag will likely be smaller, in part, because firms will find ways to reconfigure their products.

Still, prices on goods impacted by the shortage — including autos and consumer electronics — could also rise by as much as 1% to 3%, which could temporarily boost core inflation by 0.1 to 0.4 percentage points, according to Hill.

And while semiconductors in the U.S. account for 0.3% of the nation’s GDP, the components they go into make up a massive 12%. What’s more, both Intel (INTC) and TSMC, two of the world’s largest chip makers, have said the delays in chip manufacturing could last into 2022.

The global chip shortage began at the beginning of the pandemic, when automakers, assuming that sales of cars and trucks would collapse due to lockdowns, began slowing purchases of various components including chips.

Those chips have become essential to autos over the years controlling everything from fuel usage to diagnostics, and their infotainment centers.

But automotive sales picked up far faster than manufacturers predicted, with the Semiconductor Industry Association (SIA) saying that while purchases of cars and trucks had collapsed in March and April 2020, they had already recovered by Q3 and were higher than 2019 sales in Q4.

Automakers are notorious for keeping their supply chains lean to limit over purchasing components. But in this case it backfired spectacularly, as the industry was forced to grab as many chips as they could from semiconductor manufacturers.

At the same time that automakers predicted a fall in sales, consumer goods purchases were skyrocketing due to the influx of employers and schools implementing work-from-home and learn-from-home policies. As a result, both industries found themselves competing for semiconductor companies’ manufacturing capacity.

It’s not just consumer electronics and automakers that use semiconductors, though. As Hill notes, an estimated 169 U.S. industries embed computer chips into their goods.

Compounding the problem is the fact that producing computer chips is incredibly time consuming. The SIA says that building chips can take anywhere from three to four months, with more advanced units taking as many as six months to complete.

The result is automakers including Ford (F), GM (GM), Honda (HMC), Toyota (TM), and Volkswagen idling factories across the U.S., with automotive production expected to fall between 2% and 6%. On the electronics side, the shortage has caused equally huge headaches including a whopping 60-week delay on goods like computer routers for broadband providers, and chip giant Samsung saying it might have to delay its popular Galaxy Note smartphone until 2022.

Both Microsoft (MSFT) and Sony (SONY), which launched their latest game consoles in November, have also been hit by the chip crunch, with customers unable to order the systems for months.

President Joe Biden has even linked the chip shortage in the U.S. to his $2.3 trillion infrastructure plan, saying that the U.S. needs to become the leader in semiconductor manufacturing. The U.S. used to produce some 37% of the world’s computer chips. However, outsourcing to Asia has dropped that amount to just 12%.

But things may not all be gloom and doom. According to Goldman, a 1% hit to the U.S. GDP could be an outside scenario. It’s more likely that U.S. GDP would take a 0.5% hit, according to Goldman, as companies use fewer or different semiconductor components, and available chips find themselves into higher value products.

And inflation on consumer electronics? That may be temporary, as the surge in semiconductor demand could spur a glut of tech gadgets, which would push prices down in 2022.

To be sure, chips and the goods that rely on them will be in short supply for the foreseeable future. But the ultimate result of the shortage may not be as bad as was once feared — as the title of the Goldman note suggests, it is only a “semi-troubling” shortage. 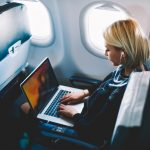 Hilton CEO: Business travel is back to about 50% of pre-Covid levels, but some markets are strongerPERSONAL INTERNATIONAL BANKING
Open chat
Contact us
Need help?