These Are All the Major Flashpoints Between China and the U.S.

An incumbent superpower and a rising one are finding coexistence increasingly difficult. Jockeying for position in a changing world, the U.S. and China are facing off on all sorts of issues, most — but not all — involving economic rather than military might. Here’s a rundown of some big disputes, some with significant real-world consequences and others that for now are mostly symbolic.

DISPUTE: The addictive video-sharing app TikTok, owned by the Chinese company Bytedance Ltd., is hugely popular in the U.S., especially among teens. WeChat, owned by Tencent Holdings Ltd., is far less prevalent among American consumers, but widely used in business between Chinese and U.S. companies. U.S. officials say there’s a potential security threat if the data the apps collect is used by the Chinese government to create behavioral profiles of Americans. By contrast, U.S. platforms including Facebook Inc. and Twitter Inc. have long been barred from mainland China due to that country’s censorship rules.

CONSEQUENCES: President Donald Trump signed executive orders on Aug. 6 that will ban U.S. residents from doing business with TikTok or WeChat in 45 days. (India banned them in June). Secretary of State Michael Pompeo has urged American companies to cut ties with Chinese technology companies. Meanwhile, Trump has been pushing TikTok to sell its U.S business to an American company. Microsoft Corp. has said that it was looking at TikTok’s operations in the U.S., Canada, Australia and New Zealand. China has called Trump’s demands equivalent to theft and suggested it may block any transaction.

DISPUTE: China promised that Hong Kong would have “a high degree of autonomy” after it took back the city from the British in 1997. The U.S., as a result, granted a special trading status that helped Hong Kong to prosper as an international financial center. At the end of June, the Chinese government imposed a tough new national security law on the city, following a year of pro-democracy protests, prompting Trump to declare the special status revoked.

CONSEQUENCES: Though Trump stopped short of applying the same tariffs to Hong Kong exports as it does to those from mainland China, the revocation of some special privileges jarred Hong Kong’s image as a stable base for multinational companies. The U.S. has placed sanctions on 11 Chinese officials and their allies in Hong Kong, including the city’s leader Carrie Lam. Global financial institutions in particular could face penalties if they knowingly do business with sanctioned individuals. China announced sanctions on 11 Americans, including four senators and a congressman.

DISPUTE: The U.S. accuses China of increasing the scale of spying and influence operations over the past few years, including interference in domestic politics, stolen intellectual property, coercion of business leaders and threatening the families of Chinese Americans in China. China has denied allegations that it launched cyber attacks aimed at stealing state and trade secrets from the U.S. and its allies.

CONSEQUENCES: The State Department on July 22 ordered the Chinese consulate in Houston closed “to protect American intellectual property and Americans’ private information.” Two days later China demanded the U.S. close its consulate in the southwestern city of Chengdu. On July 21, the Justice Department accused two Chinese hackers in an indictment of working for Beijing to steal or try to steal terabytes of data, including coronavirus research, from Western companies in 11 nations.

DISPUTE: The Trump administration has designated Huawei Technologies Co. and ZTE Corp. as national security threats, saying use of their gear would make communication networks vulnerable to spying. They deny the charges, and China says the U.S. is trying to suppress the development of Chinese companies. (ZTE is a shadow of its former self, in part due to previous U.S. pressure.)

CONSEQUENCES: The U.S. is making headway in pressing its allies to steer clear of Huawei equipment for their fifth-generation (5G) mobile networks. It has moved to deny Huawei access to U.S. technology, making it difficult for the company to design and produce its own chips. The U.S. also is seeking the extradition, from Canada, of a high-ranking Huawei executive on charges related to alleged violations of U.S. sanctions on Iran. China has said that it, too, will take measures against foreign companies that undermine its interests.

DISPUTE: The Trump administration views most if not all Chinese media outlets as extensions of the Communist Party. China says its media outlets promote international understanding.

CONSEQUENCES: The U.S. and China have taken actions to expel or limit the stays of each other’s reporters, with the Trump administration going so far as to designate some Chinese media companies as foreign missions, a move denounced by Beijing. China has demanded that certain U.S. media outlets submit detailed information on personnel and assets, and kicked out American reporters in Beijing from the New York Times, Wall Street Journal and Washington Post. The New York Times said it would relocate some of its Hong Kong-based staff to Seoul.

DISPUTE: What started in 2018 with U.S. tariffs on imported washing machines and solar panels escalated into a two-year trade war that, at its peak in 2019, was adding levies to almost $500 billion in products shipped between the two nations. U.S. leaders accuse China of unfair trading practices including subsidizing domestic companies and appropriating intellectual property; China insists it plays by global trade rules and says the U.S. is trying to curb its development.

CONSEQUENCES: Bloomberg Economics estimated in September that the trade war, and the uncertainty it fostered, could lower gross domestic product in the U.S., China and the world by 0.6%, 1% and 0.6%, respectively, by 2021. (That was before the coronavirus pandemic added an entirely new challenge to global growth.) A partial trade-war truce called early this year has held up, although risks are growing. A review by senior U.S. and Chinese officials led by U.S. Trade Representative Robert Lighthizer and Chinese Vice Premier Liu He was set for mid-August.

DISPUTE: In its far western region of Xinjiang, China says it’s fighting separatism and religious extremism among the Uighurs, a Muslim ethnic group. As many as 1 million were interned in camps the government calls “voluntary education centers.” The U.S. and others say China is committing massive human rights violations.

CONSEQUENCES: The Trump administration has blacklisted Chinese technology companies, including video surveillance firms, that it said were implicated in human rights abuses in the region. The Treasury Department sanctioned four Chinese officials linked to the region, limiting their travel to the U.S. and blocking any financial ties. While largely symbolic unless any of them hold significant assets outside China, the move was significant in that it included a top member of China’s ruling Communist Party. It later added Xinjiang Production and Construction Corps, a government entity, and two associated individuals to the list. China has retaliated with similar sanctions against U.S. officials including Senators Marco Rubio and Ted Cruz.

DISPUTE: Fraying relations have led to increased distrust over the treatment citizens may receive on each other’s soil, leading to travel advisories.

CONSEQUENCES: In a July security alert, the U.S. Embassy in Beijing warned that Americans living in or traveling to China may face arbitrary arrest and that Chinese security forces may “detain and/or deport” U.S. citizens for “sending private electronic messages critical of” China’s government. China’s tourism ministry issued a travel warning in February, saying Chinese tourists have been treated unfairly in the U.S. due to excessive virus prevention measures. China was also said last year to have asked employees at state-run enterprises to avoid business trips to the U.S. and take extra care to protect their electronic devices.

DISPUTE: The Trump administration has questioned the intentions of some Chinese scholars abroad, saying they may operate as “non-traditional collectors of intellectual property.”

CONSEQUENCES: The White House this year said it would suspend entry for thousands of post-graduate students and researchers deemed national security risks because of their ties with China’s military schools. The U.S. last year began requiring Chinese diplomats to notify the U.S. before they visit universities and research institutions or local government officials, saying it was a reciprocal move. China denied it places such requirements on American diplomats.

DISPUTE: China’s expansive territorial claims in the resource-rich South China Sea have put it at odds with Southeast Asia neighbors including Vietnam, the Philippines and Malaysia. The U.S. has sent warships and aircraft near disputed areas for decades to assert the freedom to navigate through what it considers international airspace and waters. More than $3 trillion worth of trade is estimated to transit through the region annually.

CONSEQUENCES: The Trump administration, reversing a U.S. policy of not taking sides, now says some of China’s broad claims to the South China Sea “are completely unlawful,” prompting China to accuse the U.S. of “doing all it can to stir up trouble” in the region. Although no specific actions have accompanied the dueling pronouncements, both sides conduct military exercises and other operations in the South China Sea, creating the possibility of a miscalculation.

DISPUTE: A 1979 law commits the U.S. to support the military self-defense of Taiwan, the democratically run island that China claims as its territory.

CONSEQUENCES: China routinely objects to U.S. arms sales to the island and did so again after the State Department approved a possible $620 million deal for Taiwan to buy parts to refurbish previously sold Patriot Advanced Capability-3 (PAC-3) surface-to-air missiles. China vowed unspecified sanctions on Lockheed Martin Corp., the main contractor. U.S. defense companies are prohibited from making sales to China, so the impact of sanctions is minimal, though analysts worry China may try to disrupt supply chains. China has long vowed to reunite the island with the mainland, by force if necessary. In August, the U.S. sent the highest-level cabinet official to visit Taiwan since cutting ties decades ago, drawing China’s ire.

DISPUTE: China has long refused to let American regulators examine audits of Chinese companies, even those traded on the New York Stock Exchange or Nasdaq. China’s accounting firms, including affiliates of giants like Deloitte, Ernst & Young, PwC and KPMG, argue that Chinese law bars them from sharing audit work papers because they may contain state secrets.

CONSEQUENCES: On Aug. 6 a working group of U.S. regulators called on stock exchanges to set new rules requiring companies to grant access to audit work papers, following mounting concerns that investors are being exposed to fraud. While the final penalty could be removal from U.S. exchanges for companies such as Alibaba Group Holding Ltd., the Treasury and Securities and Exchange Commission would establish how binding the mandate will be. Currently listed Chinese companies would have until 2022, to come into compliance, but specific regulations are still to be written. Meanwhile, a bill with momentum in Congress would also require companies to certify they aren’t run by a foreign government to avoid delisting.

DISPUTE: Trump has attacked China’s handling of the outbreak, which he and others on his team have labeled the “Chinese virus” or “Kung flu.” The two sides have also traded accusations about its origins.

CONSEQUENCES: Each put restrictions on the other’s airlines to stem the spread of the virus. In July Trump began the process of quitting the World Health Organization, in part due to what he called its undue deference to China.

DISPUTE: In 1959, the People’s Liberation Army quashed a revolt in this mountainous region on China’s border with India and Nepal, and the Dalai Lama, the Tibetan spiritual leader, fled into exile. Tibet’s status as an autonomous region of China has long been an irritant in U.S.-China relations.

CONSEQUENCES: The Trump administration imposed travel restrictions on unspecified Chinese government and party officials determined to be “substantially involved” in restricting access to the region by U.S diplomats and others. In response, China said it would restrict visas for U.S. personnel over their “egregious behavior” on Tibet. 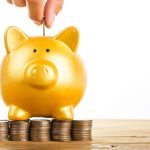 5 things all super savers do that you can actually learnEDUCATION PLANNING, NEWS AND INSIGHT, RETIREMENT PLANNING