The Secular Lens: Assessing the Global Outlook and Potential Disruptions

The six members of PIMCO’s Global Advisory Board, a team of world-renowned macroeconomic thinkers and former policymakers, recently joined the discussion at PIMCO’s annual Secular Forum, where they addressed critical factors likely to shape the global economy over the three- to five-year horizon. The board’s insights constitute a valuable input into PIMCO’s investment process. The discussion below is distilled from their far-ranging conversation.

Q: As we discuss in PIMCO’s latest Secular Outlook, China has the potential to be a disruptor for the global economy in the next three to five years, whether due to a growth slowdown or to geopolitical developments. On the first point, what is the secular outlook for China’s economy?

A: China’s secular focus remains the Chinese Dream: that by 2021, China will become a “high-income country,” defined as having per capita GDP of 12,000 USD or more. It is imperative for President Xi Jinping’s political legitimacy and legacy to declare victory on the Chinese Dream. The government has taken decisive measures to stimulate economic growth, including fiscal policies (such as infrastructure), accommodative monetary policy, and policies that have been directed at shoring up business and consumer confidence. Of note, while structural reform is crucial for increasing productivity over the longer term, the immediate concern for the government is supporting near-term growth.

“IN DEVELOPING OUR SECULAR OUTLOOK, WE NEED TO FOCUS ON XI JINPING’S PRIORITIES, AND HIS PRIORITY IS THE CHINESE DREAM. EVERYTHING ELSE HAS TO BE PUT IN THAT CONTEXT.”

China’s economy is facing current challenges, but it’s also resilient, in our view: Among the world’s major economies, China probably has the most flexibility to respond to short-term economic weakness, whether via monetary, fiscal, or other measures.

We expect economic growth in China to be modestly slower over the next five years as the economy matures. Critically, the composition of that growth is changing. The labor force will grow more slowly, but the quality of the labor force – as reflected, for example, in the share of workers with higher levels of education – is improving. Total factor productivity, or “TFP,” is likely to account for a greater share of GDP growth for several reasons, including the government’s vigorous pursuit of the Made in China 2025 industrial policy, which aims to have the country produce higher-value goods and services.

Q: What is the outlook for the trade conflict between China and the U.S.?

A: Trade tensions have gone through periods of escalation and easing, so far without resolution. In the end, there are strong economic and political incentives to reach a truce, given the extent of interdependence. Both President Xi and President Trump want political victories, but neither wants to be seen as capitulating too easily. On balance, China may have more to lose, but the timing is more urgent for the U.S. in light of the 2020 elections.

Over a long-term horizon, more difficult issues beyond the trade dispute include national security, regional and global influence, and the clash of two major economies with fundamentally different economic models. Given the historic challenges of managing tensions between an incumbent power and a rising power, there is much more at stake in the ongoing discussions than the level of tariffs. The high stakes help explain the nervous reactions of markets to the negotiations.

“THE DOMINANT ECONOMIC MOTIF OF THE SECULAR AND SUPERSECULAR HORIZON WILL BE THE COMPETITION BETWEEN THE U.S. AND CHINA, AND THE STAKES ARE HUGE.”

Q: Turning to the U.S., what is the outlook for the economy, as well as fiscal and monetary policy?

A: In the near term, the U.S. economy is slowing, reflecting the ebbing of fiscal stimulus, weaker global conditions, and diminishing slack in the labor market. There is little evidence at this juncture that the slowing will culminate in a recession in the near term; the biggest risks to continued recovery are probably those arising from geopolitics and trade tensions. The underlying potential growth rate does not appear to be particularly high, though, so it would not necessarily take a large shock to initiate an economic contraction.

“RECESSIONS ARE VERY HARD TO FORECAST, AND USUALLY THEY HAPPEN BECAUSE OF SOME UNANTICIPATED SERIES OF EVENTS, AS OPPOSED TO A COMPLETELY INTERNAL DYNAMIC.”

Regardless of who wins the 2020 presidential election, a radical shift in U.S. fiscal policy seems unlikely. There is appetite among both political parties for infrastructure spending, but no agreement on how (or whether) to pay for it. In a recession, however, we expect neither side would see fiscal restraint as binding – so we would likely see a reactive stimulus package, including infrastructure.

Turning to monetary policy, over the near term the Fed will continue to be patient, reacting to incoming data. In order to anchor inflation expectations near its target, the Fed is prepared to allow inflation to overshoot 2%, so long as the overshoot is modest and looks likely to be temporary. So far, the effects of the trade disputes on the U.S. economy appear modest, but the Fed will continue to monitor the effects of the disputes on markets and on business and consumer confidence. The Fed will look through the effects of tariffs on inflation. The Fed has agreed on an approach to managing short-term interest rates that involves a high level of bank reserves, which in turn means that the Fed’s balance sheet will remain large even as policy normalizes.

The Fed’s current review of its policy framework, tools, and communication is unlikely to result in radical changes but is useful nonetheless. Aspects of the framework that may be clarified include what it means to hit the inflation target and whether misses of the target will be made up. The summary of economic projections may be expanded to include more information about how the various individual projections relate to each other.

The Fed has the policy tools it needs to respond to a slowdown. The policy rate is firmly off the zero bound, giving the Fed some flexibility to cut. Forward guidance and quantitative easing could be more effective now that the Fed has learned better ways to coordinate and communicate policy. However, all these tools may not be enough to counter a major decline, putting a greater onus on fiscal policy.

Q: What is the longer-term outlook for Europe and for the U.K.?

A: We expect mediocre growth in Europe over the next five years, though as with the U.S., there is a potential upside scenario from a possible boost to productivity growth. On the other hand, a recession in the U.S. would likely be contagious. Europe does have a significant current account surplus, which provides flexibility (including scope for fiscal expansion) in the event of a slowdown. That said, there’s no consensus among European governments about when deficit spending is desirable or should be allowed, potentially leading to a stalemate on stimulus.

Inflation in Europe could increase slightly as the labor market tightens, and interest rates will likely remain low. Europe’s dependency on trade in a geopolitically tense world poses risks for secular growth, especially given continuing populist and protectionist sentiment.

“PROTECTIONISM IS THE ENEMY OF EUROPE – THAT’S ABSOLUTELY CLEAR.”

We don’t anticipate dramatic changes in European Central Bank (ECB) doctrine under a new president, whoever it is. Low interest rates and the reinvestment of maturing securities will likely continue for a long time. In a downturn, the ECB hasn’t exhausted its extensive policy toolkit, but it would likely need help from the fiscal side, as well as more dynamism in domestic demand.

Turning to the U.K., the pervasive uncertainty over the near- and longer-term outlook will remain until we have more clarity around Brexit. That said, many U.K. consumers seem to be ignoring the uncertainty – call it “rational inattention” – and the boost provided by consumer spending and a tight labor market could eventually prompt the Bank of England to raise rates.

“THE PROBLEMS THAT BROUGHT ABOUT BREXIT CANNOT BE SOLVED BY BREXIT.”

Q: What themes in geopolitics are likely to influence the secular economic outlook?

A: There are two different, but complementary, lenses for evaluating geopolitical issues: the “chessboard” view and the “network” view.

The chessboard is the interplay among “Great Powers” in the classic state-centered view. Great Powers, like the U.S., China, and Europe, have large economies and can deploy military forces globally. The behavior of Great Powers is determined by the vision of their governing classes. There are at least three different visions in the world today: Sovereigntists do not believe in restraints on sovereign power by international codes or organizations. President Trump has sovereigntist instincts, but they are complicated by domestic politics. Globalists, including many liberal leaders in the U.S. and Europe, believe in a rules-based international order, though they want to update it, in part because globalization continues to harm vulnerable constituencies. Finally, there are regionalists, who aim to gain leverage by consolidating power regionally and building regional institutions (e.g., China). The Great Power conflict between China and the U.S. is a principal source of geopolitical tension today, but Europe also plays an important balancing role.

The other geopolitical lens considers networks and flows in an interconnected world. Look at the power of such networks as international businesses, multilateral and civic organizations, and even criminal enterprises, and the worldwide flows of people, goods and services, capital, ideas, and data that these networks facilitate and promote. Russia, Iran, and China are all countries who are relying on network strategies to enhance their power—for example, China’s Belt and Road Initiative, which is attempting to tie other countries to China via trade, capital flows, and business linkages.

Over the secular and supersecular time frame, climate-related flows pose one of the biggest risks to geopolitical stability and to the global economy. Water issues, extreme weather, and migration can lead to unrest. Climate refugees could prompt security conflicts and destabilization. These are all exacerbated by tensions over immigration and nationalism. In a deeply networked world, these complex challenges call for thoughtful solutions. 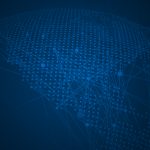 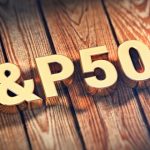