BERLIN, July 8 (Reuters) – A German regional authority said it was preparing to fine Tesla (TSLA.O) for illegal building activity on the site of its planned new car factory near Berlin.

The environment ministry for Brandenburg, the state that surrounds Berlin and in which the factory will be located, had found that Tesla had constructed tanks on the territory for which it had no authorisation, wrote Tagesspiegel newspaper, which first reported the fine.

The company was banned from using the tanks it had already built, the newspaper added. 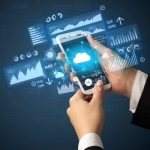 The most relevant financial trends for the post COVID-19 futureNEWS AND INSIGHT, PERSONAL INTERNATIONAL BANKING, Uncategorized

What happen with EvergrandeNEWS AND INSIGHT
Open chat
Contact us
Need help?