Small-Cap Stocks Could Keep on Rising. There’s a ‘Wall of Cash‘.

The short-squeeze frenzy that sent GameStop soaring may be winding down, but there is still a flood of cash looking for a home in the market, providing fuel for small-cap and cyclical stocks.

The Russell 2000 index of small-cap stocks is up 9% this year, surging past the S&P 500, which is up 2%. The short squeeze in GameStop and a few other small-caps helped propel the small-cap index. But small-caps and cyclicals have been outperforming since last fall.

Whether the trends still have momentum is debatable, but several strategists argue they remain intact. The key factors are excess liquidity, lower valuations, and prospects for more government spending as Democrats forge ahead with a $1.9 trillion economic revival package.

Even though small-caps and cyclical stocks rallied in January, the market is only in the “6th inning of this rotation,” Raymond James strategist Tavis McCourt argued in a research note this week. While the investment dollars to lift those stocks will have to come from defensive sectors and megacap tech, he said, that looks likely to happen. While tech companies’ profits are holding up fine, he noted, the sector is vulnerable to prices declining relative to earnings as investors move into stocks more closely tied to an upswing in the business cycle.

Another favorable trend he cited is a “wall of cash” building in consumer savings. The personal savings rate surged to 34% of disposable income last April as the pandemic crushed the economy, though it has since fallen to about 14%. By last August, personal savings had increased by $1.1 trillion, according to the Federal Reserve Bank of Richmond. Personal savings hit $2.4 trillion in December and could get another lift with an additional stimulus package passed by the Biden administration and a Democratic Congress.

That money won’t all flow into the stock market, of course. But excess savings and liquidity are providing firepower for consumer spending. That, in turn, is likely to help companies meet Wall Street’s profit estimates.

More cash is also likely to find its way into equities as long as interest rates remain near record lows, so that many fixed-income investments yield minimal amounts. If Congress approves another $2 trillion in stimulus, retail investors are likely to pump another $300-$500 billion into the stock market, estimated Wolfe Research chief investment strategist Chris Senyek.

Some of that cash could flow to small-caps, whose valuations look more reasonable than for big companies. The S&P 500 is trading at 22.5 times estimated 2021 earnings. That compares to 14 times for the Russell 2000, adjusted for stocks that aren’t profitable or only have nominal earnings, according to McCourt. The S&P 500 is now trading at peak valuations, in the 96th percentile of its historical price/earnings ratio. The median stock in the Russell 2000, by contrast, is at the low end of its median 20-year trading range.

“This spread between P/Es based on market cap is about as extreme as 2001 and continues to argue for far better risk/reward in smaller caps if earnings estimates prove accurate,” he wrote.

None of this means a bubble isn’t forming. Several warning signs of a market top are flashing red, according to Senyek. On the list are rising speculative activity, value stocks trailing behind growth, and signs that a market “melt-up” is under way. More fiscal stimulus will likely be a catalyst for more speculation.

But some other typical warning signals aren’t yet apparent. We haven’t seen a decline in the number of stocks rising relative to those falling, or weakness in economic indicators or credit-risk metrics. And sentiment among consumers and businesses isn’t deteriorating.

“The bubble’s existence is very concerning,” Senyek wrote, “however we don’t see anything that will trigger an unwind for the foreseeable future.” 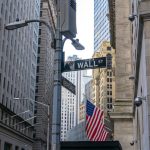