On Feb. 1, the US Treasury Department reported the national debt surpassed $30 trillion for the first time, prompting much hand-wringing about the federal budget for the US economy.

But that doesn’t mean the federal government owes that amount, just like you don’t owe thousands of dollars when you start setting aside money for, say, a home remodel.

In that case, you would write down how much you need, create a savings account at the bank, and start allocating money towards that project. But if you still haven’t hired any contractors, or bought any supplies, would you count the future cost of that home repair as current debt? No.

Around $8 trillion of that $30 trillion cited by debt hawks as what the government has borrowed is the equivalent of that: Money that the government owes to itself in the future, says J.W. Mason, an economist professor at CUNY’s John Jay College. For example, the contributions the Social Security Administration puts aside into its Trust Fund to be paid out later get counted as debt.

So in reality, what the the federal government owes is $22 trillion, Mason said.

Does the size of the federal budget deficit matter?

While public debt remains a concern for countries that borrow US dollars, it is less of an issue for the US itself. The dollar is the world’s reserve currency and more debt doesn’t decrease outside investors’ demand for it.

Economists sometimes believe that increasing the federal debt weakens the dollar during crises. But usually investors end up running to the dollar as a safe haven asset instead of shying away from it, Mason said.

This time around, policymakers decided to take on more debt to blunt the damage from the pandemic by sending out direct checks, granting a childcare tax credit, and creating a paycheck protection program. All of these programs have left households with stronger balance sheets than before the crisis.

“So if you think government debt is too high, ask yourself if you think it would be better for families to hold that debt,” Mason said.

Government spending affects inflation, but the size of the deficit doesn’t have an impact on prices.

Inflation happens when demand for goods and services outstrips businesses’ ability to produce them. The pandemic has limited how much stuff businesses can produce, both because of supply chain issues and a shift in what consumers bought (more goods and fewer services). These disruptions have nothing to do with the deficit.

Like inflation, the deficit is regularly used as a stand-in for consumers’ general fears about the economy. Conservatives’ knee-jerk reaction is to associate it with waste, but it is a critical part of keeping the US economy stable. “People don’t have  any particular concern with the deficit, but it’s simply a sort of symbol for things being bad in the economy,” Mason said.

Who Is the Richest Person Ever?NEWS AND INSIGHT 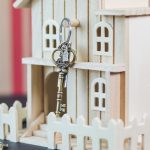 Buying a home in a hot location may not be as safe a long-term bet as you think.NEWS AND INSIGHT
Open chat
Contact us
Need help?