Gold prices on Monday tallied their highest finish in more than six years, as fears of the economic impact of a fast-moving viral outbreak hurt appetite for stocks and powered buying in assets perceived as havens.“After almost three weeks of consolidation, gold has now pushed higher on risk-aversion as the Coronavirus position worsens and the markets move away from risk,” said Rhona O’Connell, head of market analysis for EMEA & Asia at INTL FCStone, in a daily note. “The $1,590 level has come into view and resistance stands at $1,600.”The coronavirus, which reportedly originated in Wuhan City, China, has infected nearly 3,000 people and killed at least 80, prompting Beijing to extend the annual Lunar New Year holiday by two days to Feb. 2 to contain the disease, according to reports. In the U.S., the number of domestic cases hit five, according to Centers for Disease Control and Prevention.

The precious metal finished on Monday at the highest for a most-active futures contract since April 9, 2013, according to Dow Jones Market Data.

U.S. stocks, with the Dow Jones Industrial Average and the S&P 500 index trading lower, supporting gains for the precious metal and bond prices, with the 10-year Treasury note yield, that moves in the opposite direction of bond prices, down at 1.608% from 1.68% late Friday.

At the start of this week, “the news is not good, with further fatalities reported [from the coronavirus] and increasing numbers of cases outside China,” said O’Connell. “Equity markets have now started to slide and safe haven assets are in demand.”

Silver prices spent some time Monday following gold higher, but gave up those gains to move lower to follow its peers among industrial metals. March silver lost 5.7 cents, or 0.3%, at $18.056 an ounce.

“Platinum is joining with the industrial sector and giving back some recent gains,” said O’Connell. “The markets will be looking to assess the outlook for the Chinese auto sector and palladium, which was already correcting as demand slowed ahead of the Lunar New Year.” 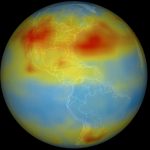 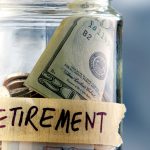