The US equity markets rose again during the second month of the new year, with the Dow Jones Industrial Average and the S&P 500 both posting their best two-month start to a year in nearly three decades. The indices’ rise was aided by dovish comments from the Federal Reserve, thawing of China trade tensions, and better than expected corporate earnings. The gains are in sharp contrast to the melt-down last year, after the worst declines since the financial crisis.

All 11 S&P sectors had positive performance for the month of February. Information Technology was the best-performing sector, rising 6.6%. Industrials were a close second, gaining 6.1%, followed by Utilities, up 3.6%. The worst-performing sectors were Consumer Discretionary (0.6%), and Real Estate and Communication Services (both 0.8%). For the year, Industrials are up 18.2%, Technology has gained 14.8%, and Consumer Discretionary has risen 12.0%.

West Texas Intermediate Crude closed at $57.22 a barrel, a significant rise from the previous month close of $53.79. Prices are up 26% this year, yet are still 25% lower than last October’s peak of $76.41 a barrel. Prices were affected by an affirmation from Saudi Arabia regarding output reduction and an unexpected weekly drop in US crude supplies.

The yield on the 10-year rose 8 basis points last month, closing at about 2.7%. The yields of all of the main Treasurys rose after a gross domestic product report showed that the economy expanded at a 2.6% annual pace in the fourth quarter of 2018, the fastest rate since 2015 (see chart). The rate was higher than the anticipated 1.9% growth rate. Recent comments by the Fed now signal a 92% of no further rate increases this year, and the chances of a rate cut (6%) are now greater than the chances of a rate increase (2%).

Economic indicators were mixed last month. The Chicago PMI rose 8 points to a reading of 64.7, up from 56.7 in January, and the largest increase in a year. Any reading above 50 indicates improving conditions. The Consumer Sentiment Index for February increased to 93.8, above January’s reading of 91.2, yet lower than the anticipated 95.7 number. The unemployment rate remained at 4.0%, probably due to lingering effects of the government shutdown. The Consumer Price Index for All Urban Consumers (CPI-U) was unchanged in January on a seasonally adjusted basis. Over the last 12 months, the all-items index rose 1.6%.

Through two months, the equity indices are off to a great start for the year, but geopolitical risks remain. The status of US – China trade talks are still a cause for concern, as are a failed US – North Korea summit and yet-to-be determined Brexit repercussions. In general, it appears that the economy is fundamentally sound, but uncertainties remain that may negatively affect market performance. Investors should be prepared for further hiccups by ensuring that their equity exposure matches their risk profile. We maintain that a properly allocated portfolio based on one’s risk profile and a long-term investment horizon are the pillars to achieving investment goals. 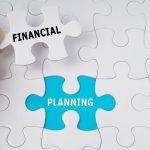 Ten reasons why financial planning is importantNEWS AND INSIGHT 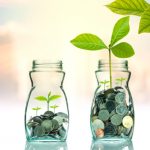 Opinion: Have nothing saved for retirement? Follow the ‘austerity’ solutionNEWS AND INSIGHT, RETIREMENT PLANNING
Open chat
Contact us
Need help?