Euro Falls Below Dollar As Europe Gears Up For Energy Crisis

TOPLINE The Euro fell below parity with the U.S. dollar on Monday for the second time this year as the Eurozone continues to face rising inflation while it prepares for a potential energy crisis this winter amid concerns of Russia squeezing supply of natural gas.

KEY FACTS
According to foreign exchange tracker XE, the value of a Euro slid to $0.999 early on Monday—a second such occurrence this year after a brief dip in July.

The Euro’s slump comes days after Russian state-owned energy firm Gazprom announced it would once again shut off the supply of natural gas to western Europe for three days to carry out maintenance—a move that could thwart the region’s plan to fill up its gas reserves ahead of the critical winter season.

The Dollar Index—which measures the U.S. currency against a basket of six other currencies—was also up 0.25% to 108.43 on Monday morning, the highest it has been since July 15.

BIG NUMBER
12.7%. That’s how much the value of the U.S. dollar has risen since the start of the year, according to the Dollar Index.

WHAT TO WATCH FOR
In a note earlier this month, investment firm LPL said: “A strong US dollar tends to correspond to tightening financial conditions.” Additionally the note mentioned that the Federal Reserve’s efforts to sharply raise interest rates will continue to strengthen the dollar, in turn helping to clamp down on inflation.

KEY BACKGROUND
Last month, the European Central Bank announced a 50 basis-point rate hike—its first in 11 years—to help deal with surging inflation. That move was followed by he Eurozone reporting an annual inflation rate of 8.9%, an all time high for the bloc of 19 countries that use the euro. Amidst high inflation, the Eurozone continues to deal with uncertainty around the supply of natural gas from Russia which is critical both for its industries and as a means of generating electricity for the region. Last month, the European Union agreed to cut usage of gas by as much as 15% until March 2023, to help tide over the current supply crunch. According to an official tracker, the EU’s current gas reserves are 76.92% full—still short of its 85% target.

Source: Euro Falls Below Dollar As Europe Gears Up For Energy Crisis – Forbes 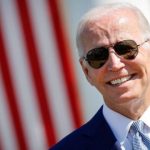 Joe Biden to cancel $10,000 of student debt for millions of AmericansNEWS AND INSIGHT 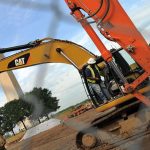 There’s a new supercycle emerging for the economy, and these are the stocks that would benefit, strategist saysNEWS AND INSIGHT
Open chat
Contact us
Need help?