5 things all super savers do that you can actually learn

It’s a paradox: Saving money when you have it is hard, and not having it when you need it is even more punishing.

Even if you are not a saver by nature, easy-to-learn habits can make you one.

First, do a self-assessment of your own money habits. If there are gaps in your financial literacy, challenge yourself to learn more.

Then, look at your life more generally.

“You are the average of the three people you spend the most time with,” said Nick Holeman, a certified financial planner at robo-advisor firm Betterment.

Whether that’s objectively true or not, Holeman points out that the most successful people have peers and colleagues with similar mindsets. Similarly, people who are disciplined with their money have friends who “also value saving and investing, and living below your means,” he said.

It’s worth considering whether your friends are always posting Instagram stories that make you feel like you’re missing out, Holeman says. “If so, try to find a community that’s inspiring and says spending money isn’t the only way to find happiness.”

What happens when you don’t have an emergency fund may be the most compelling argument in favor of saving, says Tim Sheehan, the co-founder and CEO of Greenlight, a personal finance app for families.

Unexpected expenses can knock people into poverty, and the stats are shocking, he says.

Delaying gratification can be difficult, Holeman says, but it’s an essential part of saving. When you look at charts that show the wonders of compound interest, people tend to pay more attention to the second half, where it’s shooting up to the sky.

“In the first half, it’s incredibly boring,” Holeman said. Good savers know their habits will take some time to pay off.


Sheehan learned as a parent how you can turn a spender into a saver.

Have a concrete reason to save.

When his daughter wanted to go on a trip to Germany with her class, Sheehan offered to pay half if she saved the other half. It propelled her into more babysitting and less spending.

Sheehan agreed to give his kids an allowance, but only if they learned to manage their own money. This sparked them to weigh their spending decisions: I won’t buy this, because I want to go to the movies this weekend with my friends.


The more precise the goal, the easier it can be to do the work of saving.

“Saving money is hard,” Holeman said. Depending on willpower alone to keep going may not be your best strategy. If you have to constantly exert that energy, you might run out of willpower.

If an emergency fund doesn’t feel as thrilling as saving for a trip to Thailand, think of it as a ticket to freedom and flexibility, says Holeman. That account could allow you take a riskier job offer or move to another city. “It’s extremely empowering,” he said.

Some people call it an “Oh $&%*?!” fund — so that if some unpleasant situation arose, you wouldn’t need to actually use those words, Holeman says.

3. No amount is too small


Saving even a dollar a day can mean something, Sheehan says. The key is consistency.

It’s better to save a few bucks on a regular basis instead of waiting till you think you can afford to set aside some grander amount.

Within a couple of months, your account balance will show you the combination of compounding interest and steady deposits.


Habits get you where you want to be.

The more you save, the bigger the results. That boosts motivation.

Sheehan likes to compare saving to a snowball. “No one gets to start with a huge boulder of a snowball, you have to take a few flakes of snow and put them together,” he said. “Then roll it and watch it get bigger.”

“Anytime you hit a major milestone, consider taking a month off,” he said. “Take the money you’d normally save and spend it.”

If you hit your $5,000 emergency fund target or finish paying down credit card debt, pause saving for a couple of weeks or a month.

The point is to treat yourself before you return to your hardcore discipline. 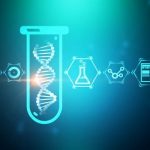 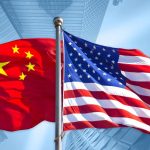 These Are All the Major Flashpoints Between China and the U.S.NEWS AND INSIGHT
Open chat
Contact us
Need help?